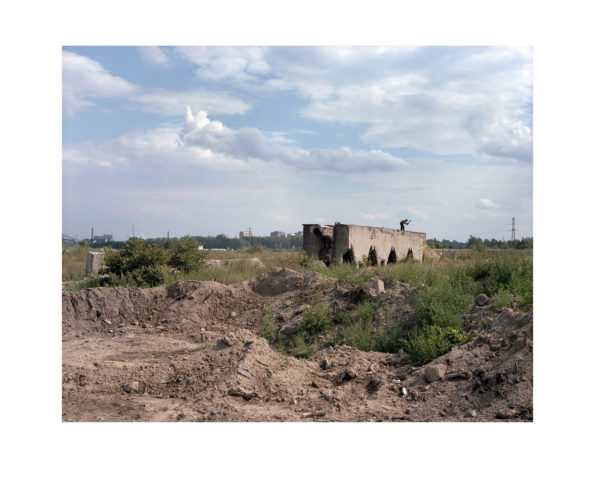 What is the point of drawing a route on a map with a finger or a pencil ? Apart from pure pleasure, none. It beigns to manifests itself when we hit the road, following the traced lines. Abstract fun turns into a real journey . An innocent drawing forces a confrontation with the route – space , people and oneself. Many already undertook such travels, some took their cameras. Following a line once drawn on a map. Along, across, in breadth. From south to north , from east to west , or just around.

One hundred and fourteen days on the road. Hundreds of exposed negatives, thousands of pictures, four broken cameras , two crashed lenses , a broken tripod , two new holes in the bag, a fully scribbled notebook and a map of the selected route. Averaging the space with geometry and then the attempt to face the reality and to filter it by onerself. Poland on the outskirts – still in the process , unfinished – unlike it was two decades ago , but still not the one we dreamt of. Unable ever to embrace it as a whole. Only fragments remain . Each of them to tell their own story.